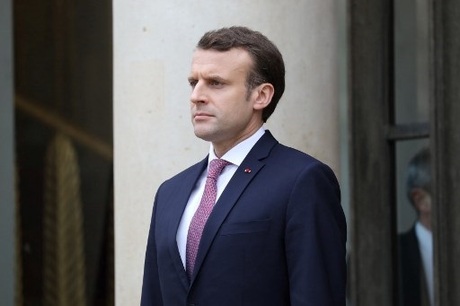 President Emmanuel Macron should freeze suspect assets held by Lebanese officials in France to break a "political-economic mafia" that has plunged Lebanon into crisis and misery, an open letter said Tuesday.

Macron called for radical reform in Lebanon after a deadly Beirut port blast and has expressed exasperation at the lack of change, as the former French mandate territory remains mired in political stalemate.

Analysts have said that sanctions such as asset freezes could be the most effective lever for Paris to pressure Beirut, even if France has so far not explicitly indicated it is ready for such a measure.

Macron should issue instructions "with a view to implementing the legal mechanism for freezing assets of doubtful origin held in France by Lebanese political and economic leaders," said the letter published in France's Le Monde daily signed by more than 100 Lebanese civil society figures.

It said that a "political-economic mafia is responsible for the misery, hunger and insecurity from which more and more Lebanese suffer."

The letter suggested that such a legal process should draw on the precedent set over ill-gotten assets owned in France by some African leaders and former Syrian vice president Rifaat al-Assad.

"This endemic corruption on a grand scale has scandalously enriched Lebanese political leaders" by emptying the treasury and embezzling aid sent after the civil war, the letter alleged.

The letter was drafted after French Foreign Minister Jean-Yves Le Drian said in March that "the time has come" to raise international pressure on Lebanon to form a government.

A steep depreciation of the Lebanese pound along with an explosion of poverty and unemployment have eroded purchasing power and fueled anger among the population.

The outgoing government of premier Hassan Diab resigned in the wake of an August 4 explosion at Beirut's port that killed more than 200 people and sparked protests against the entrenched ruling class.

Basil has hidden his assets in Las Vegas

Good initiative from a wise and visionary man.

The problem is that people like Paula Yacoubian joined the civil society electoral list agreed to disclose all properties and bank accounts in Lebanon and abroad but refused to do it when she got elected. The trust is broken! As for Ghassan Salâmes, he’s one of them... one of his daughters in Paris uses her connection with her father to evade prison (driving without a permit). Inso.... the people calling for reforms aren’t the clean ones.