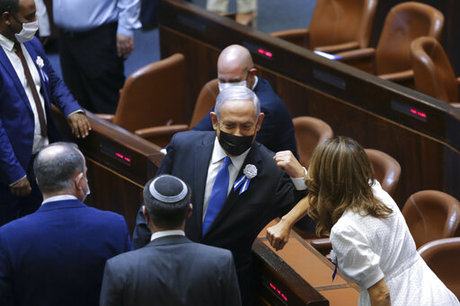 Addressing newly sworn-in lawmakers from his right-wing Likud party following the March 23 vote, Netanyahu pledged to make "every effort to get Israel out of this cycle of elections."