Hariri to Meet Pope on April 22 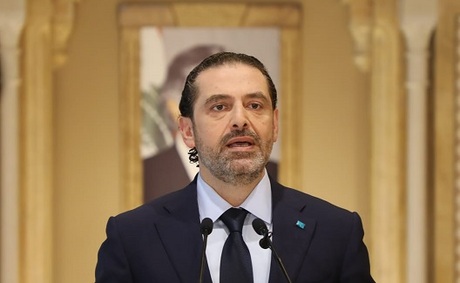 Prime Minister-designate Saad Hariri was informed Tuesday by Papal Ambassador to Lebanon, Monsignor Joseph Spiteri, that Pope Francis will meet him at the Vatican on April 22, Hariri’s press office said.

Hariri had requested the meeting around two weeks ago, the office added.

The PM-designate’s schedule will also include a meeting with the Vatican’s Secretary of State Cardinal Pietro Parolin, the press office said.

Hariri is now insulting most of the Lebanese running around dobbing on others for the same crimes, theft, control hold as he does..

I hope HIS Holiness asks Hariri and FPM to resign and calls on KSA and EU leaders to endorse a call to have these billionaire thugs resign and leave AMAL and HA isolated..

Either way, the Lebanese are living as though there isnt any law, order or governance
ctl-alt-dlt.. all of them except for the Lebanese parties that actually serve Lebanese and not their pockets