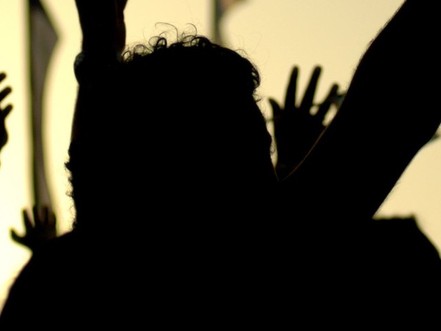 An Indian artist said on Monday he had been beaten up at his gallery by five men over nude paintings of actresses and models that the attackers claimed were an insult to the country.

Pranava Prakash was assaulted by the gang who burst into the gallery in Noida on the outskirts of New Delhi, where he is exhibiting nudes of top Bollywood star Vidya Balan and other public figures.

"Five guys came in on Sunday and started yelling at me, saying 'Your paintings are against Indian culture, we cannot tolerate them'," he told Agence France Presse.

"They slapped me twice, threw me to the floor and then began pulling down the paintings, damaging three of my pictures," he said.

Freedom of expression is a hot topic in India after Muslim activists forced British author Salman Rushdie to cancel an appearance at a literary festival in Jaipur 10 days ago, attracting headlines around the world.

Rushdie, whose 1988 novel "The Satanic Verses" is still banned in India for alleged blasphemy against Islam, said that India's reputation for tolerance and free speech was under threat due to politicians bowing to religious extremists.

"India is an inclusive democracy, I just don't understand how such things can happen," said Prakash, 32, who had not yet reported the attack to police.

"There is a certain section of people who think they alone are the custodians of Indian culture, and anyone who disagrees with them is the enemy."