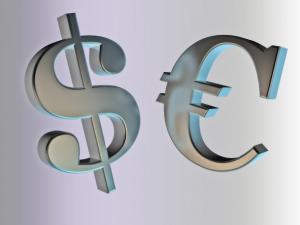 The dollar held firm against the Euro in Asia on Tuesday in the absence of fresh trading pegs after inching up in New York on weaker-than-expected German data.

The Euro fell on Monday after data showed German industrial orders tumbled 3.4 percent in December, much worse than forecasts for a drop of 1.5 percent.

The dollar also got support from higher yields on U.S. Treasury bonds amid expectations for a recovery in the world's largest economy, dealers said.

Investors were also reassessing the prospect of rate hikes in the Eurozone, which had boosted the single currency in recent weeks.

He added that investors would likely pay attention to speeches later Tuesday by the Fed presidents in Atlanta, Dallas and Richmond.