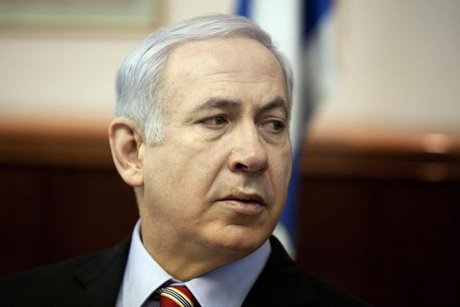 A top U.S. security official was due to meet Israeli Prime Minister Benjamin Netanyahu on Sunday amid rising concerns over Iran and ahead of a trip by the Israeli premier to Washington.

The White House has said that National Security Advisor Tom Donilon would talk to senior Israeli officials on a range of issues, including Syria. An Israeli official said he would meet Netanyahu on Sunday afternoon.

The visit comes at a time of heightened tension between Israel and Iran over Tehran's nuclear program, and in the wake of attacks on Israeli diplomats blamed on agents of Tehran.

In recent weeks, there has been feverish speculation that Israel was getting closer to mounting a pre-emptive strike on Iran's nuclear program, though Israel has denied reaching such a decision.

Tensions between Iran and Israel also have been simmering with Iranian warships entering the Mediterranean through the Suez Canal in a show of "might", a move Israel said it would closely monitor.

Israeli media on Sunday quoted a CNN interview with the chairman of the U.S. Joint Chiefs of Staff, General Martin Dempsey, in which he warns that an Israeli military strike on Iran would be "destabilizing."

"It’s not prudent at this point to decide to attack Iran," the Jerusalem Post quoted him as saying in a transcript of the interview to be broadcast on Sunday.

"The U.S. government is confident that the Israelis understand our concerns," the paper quoted Dempsey as saying.

"A strike at this time would be destabilizing and wouldn’t achieve (Israel's) long-term objectives."

"I would emphasize Martin Dempsey's use of the phrase 'at this point,'" he told Israel public radio, pointing to Iran's latest offer to resume stalled nuclear talks with the five permanent U.N. Security Council members -- the United States, Russia, China, France and Britain -- plus Germany.

"The Israeli message to Washington is 'let’s fix the Iranian nuclear threat, a threat to world peace and let’s do it together. If you lead, fine. If we get pushed into a corner where it has be us... that is our obligation,'" Dayan said.

The United States, other Western powers and Israel believe that Iran is seeking to build a nuclear bomb, but Tehran denies the charge, insisting its atomic program is for purely peaceful purposes.

Donilon's visit comes ahead of a trip in early March by Netanyahu to Washington for talks with U.S. President Barack Obama which are likely to focus on Iran and stalled peace talks between Israeli and Palestinian negotiators.

Both Clapper and Donilon "plan to deliver a calming message, that even if talks are resumed with Iran, this will not be at the expense of the sanctions, which will continue to mount unless Iran puts an immediate halt to its nuclear program and allows serious supervision," the paper said.

It added that Israeli Defense Minister Ehud Barak would make a preparatory trip to Washington ahead of Netanyahu.

Israel's armed forces chief said on Saturday that will it would be for Israel to decide if it attacks Iran.

"Israel is the central guarantor of its own security," Lieutenant General Benny Gantz told state-owned Channel One TV.

"We must follow the developments in Iran and its nuclear project, but in a very broad manner, taking into account what the world is doing, what Iran decided, what we will do or not do," he said.