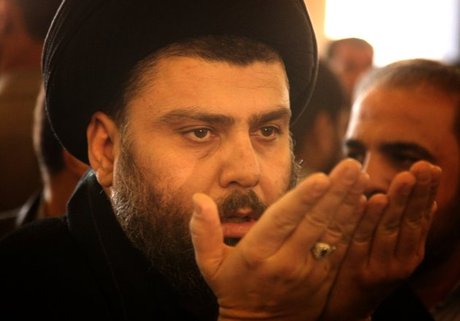 The charge, from a key member of Maliki's unity government, could indicate a new round of political conflict after a tentative improvement in a row pitting Maliki's Shiite-led government against the secular Sunni-backed Iraqiya bloc.

Sadr movement MP Jawad al-Hasnawi told Agence France Presse that Sadr was referring to "Prime Minister Nouri al-Maliki because this issue, the dictatorship, began in the previous government and continues until now."

And an official in Sadr's office in the holy Shiite city of Najaf confirmed the remarks were intended for "the head of the government (Maliki) and not the whole government."

Sadr and Maliki have a history of contentious relations.

After throwing his weight behind Maliki in 2006, ensuring that he became prime minister, Sadr then ordered his followers to pull out of the premier's cabinet in April 2007, almost bringing down the government.

The cleric's bloc won 39 out of 325 parliamentary seats in inconclusive March 2010 elections, and the Sadrists were widely seen as "kingmakers" who helped eventually bring Maliki to power for a second term.