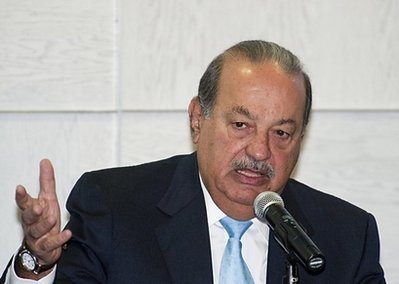 Grupo Carso announced the move in a brief statement to the stock exchange late Tuesday, saying it "marks the entrance of Grupo Carso into a new business sector in Latin America."

It did not provide further details or state the value of the purchase.

Slim, who is of Lebanese origin and considered the world's richest man, unveiled plans last month to invest $8.3 billion this year in 19 countries, most of them in Latin America.

The 71-year-old tycoon last year knocked Bill Gates from the top of the Forbes list of world billionaires with an estimated fortune of $53.5 billion.

He built up the telephone monopoly Telmex after acquiring it from the Mexican government in 1990, and his empire now includes department stores, construction companies and the Inbursa financial group.