Eritrea Says Will Not Retaliate after Ethiopian Attack 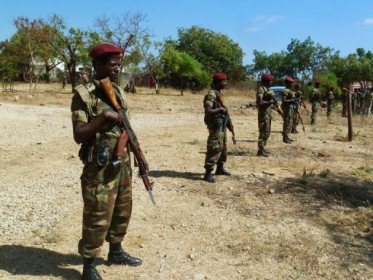 Eritrea will not retaliate after rival neighbor Ethiopia attacked its territory, dismissing charges it harbors armed groups against Addis Ababa as a "base and bogus lie."

"It is those who do not know the price of war who are hungry to go to war," Eritrean Information Minister Ali Abdu told AFP by telephone.

"We fought enough for 30 years, and we will never be dragged into war through such hostile provocations as this."

Ethiopia on Thursday said it attacked Eritrean military bases over the killing of five European tourists on its territory in January, accusing Eritrea of training "hit-and-run terrorists."

Ali said the charges it supported rebel groups were a lie, instead accusing Addis Ababa of carrying out attacks against Eritrea since the end of their bloody 1998-2000 border war, which left at least 70,000 dead.

The two countries remain at odds over a disputed border town, which was handed to Eritrea by a U.N.-backed boundary commission, but Addis Ababa has refused to acknowledge the ruling.

Eritrea broke away from Ethiopia and won independence in 1993 after a 30-year struggle.

"The regime has been engaged in such aggressive acts for the last ten years," Ali said, speaking in the Eritrean capital Asmara.

"We do not support such groups, as these are the products of Ethiopia's own internal crisis and the result of a policy of exclusion and marginalization," he added.

He declined to give details of exactly what the Ethiopians had attacked and the damage that had been caused, adding that reports were still being made.

Two Germans, two Austrians and one Hungarian were killed in the January attack on the slopes of Ethiopia's famed Erta Ale volcano in the desolate Afar border region. Ethiopian rebels claimed responsibility for the attack.

Neither Ethiopia nor Eritrea have said what the casualties were on either side.

The United States, a key Ethiopia ally, and France called for restraint and urged the rival states to avoid escalating tensions.

"We are obviously calling on both sides to exercise restraint and to avoid any further military action," State Department spokeswoman Victoria Nuland told reporters Thursday.

France on its part urged the rival Horn of Africa states that "the only way of resolving the dispute between the two countries is through dialogue and negotiation," according to a foreign ministry statement.

Ethiopia and Eritrea routinely accuse each other of backing armed groups to destabilize the other's regime.

Ethiopian Prime Minister Meles Zenawi has said his country was ready to help the people of Eritrea topple the regime of Issaias Afeworki, but ruled out a military invasion.