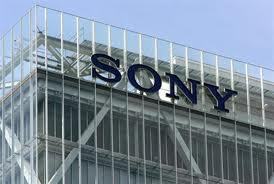 Sony will cut 10,000 jobs worldwide this year as it attempts to carry out sweeping reforms aimed at reviving the iconic but loss-making Japanese electronics giant, the Nikkei business daily said Monday.

About half the planned job cuts are part of a restructuring of Sony's chemical unit as well as operations tied to its small and medium-sized liquid crystal display panels, the Nikkei said in its online edition.

The company's top seven executives, including its outgoing chief, would also give up their annual bonus, it added without citing sources.

The report did not give further details of the reductions from Sony's headcount which stood at about 168,000 employees as of March last year.

The report comes after Sony shed its Welsh-born US chief executive Howard Stringer -- replaced by his protege Kazuo Hirai -- and said it expected to lose a whopping 220 billion yen ($2.7 billion) by March for a fourth consecutive year in the red.

A spokesman for Sony, known for its Walkman music players and PlayStation game consoles, declined to comment on the report.

Sony's new chief is due to hold a press conference later this week.

The report came less than a month after the struggling company announced the sale of its chemical division to the Development Bank of Japan, saying the unit did not fit with its restructuring plans.

The division, which has several thousand employees, accounts for only a small fraction of Sony sales, but the move was widely seen as the first of many changes aimed at reshaping the company.

Industry analysts have said Sony must usher in major reforms amid fierce overseas competition and continuing losses at its mainstay television business. It still generates substantial profits from electronics parts.

Credit rating agencies Moody's and Standard & Poor's both downgraded Sony earlier this year, citing its struggle with the TV operation, among other factors.

During an earlier restructuring announced in December 2008 amid the global financial crisis, Sony cut about 16,000 jobs worldwide.

Sony is not unique among Japan's electronics giants with industry leader Panasonic replacing its president amid a massive loss forecast while Sharp is also reshuffling its executive line-up.