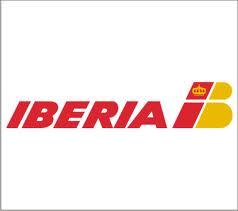 Spanish airline Iberia said it had cancelled 124 flights on Monday as pilots began a series of one-day strikes to protest against conditions at new low-cost offshoot Iberia Express.

Pilots' union SEPLA has vowed to strike every Monday and Friday until July 20 -- a total of 30 days -- in its battle against the budget airline, which began flying on March 25.

An earlier string of 12 one-day pilot strikes in December, January and February forced about one-third of flights to be cancelled each day. Iberia estimated it cost the firm a total 36 million euros ($47 million).

Iberia management and the pilots' union have failed to reach agreement over the launch of Iberia Express.

SEPLA says the launch of Iberia Express breaches a work agreement. The union also says that management plans to transfer 40 aircraft from Iberia to the offshoot with the loss of 8,000 jobs.

Iberia argues the union has shown an "irresponsible and intransigent" attitude and it launched National Court action on April 2 seeking to have the strike declared illegal, the airline spokeswoman said.

A decision could take at least a month, she said.

Management has reached agreements with most staff with the exception of pilots for the launch of Iberia Express, a budget offshoot serving short- and medium-haul routes.

The low-cost carrier began with four Airbus A320 aircraft serving 17 routes, mostly Spanish destinations such as Ibiza, Palma de Majorca and Seville but also some European cities including Dublin, Naples and Amsterdam.

Iberia Express forecasts that by the end of 2012 it will have carried 2.5 million passengers to more than 20 destinations with 14 planes and 500 staff.