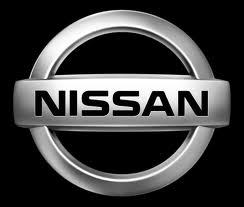 Japanese automaker Nissan said Tuesday it will start making a new midsize hatchback at its huge plant in Sunderland in the north of England from 2014.

The move will come with a fresh investment of 127 million pounds ($200 million) from Nissan, along with an 8.2 million pound grant from the British government's Regional Growth Fund.

It came only a month after the number-two Japanese automaker said it would start building a new compact hatchback model, called "Invitation", at the same factory from mid-2013 with investment worth $198 million.

Production of the two models will create more than 3,000 jobs in Britain, said Nissan, which was yet to disclose the name and other details of the model.

The midsize hatchback will mark Nissan's return to the mainstream medium segment in Europe, the company said in a statement.

"Nissan already produces more vehicles in Europe than any other Asian manufacturer and the model announced today will bring world-class quality and leading technology to our customers at the heart of the European C-segment," Nissan Chief Operating Officer, Toshiyuki Shiga, said in a statement.

Cameron embraced the announcement, saying it was "a huge vote of confidence in the skills and flexibility of the U.K. workforce."

"It's proof of the strength and vitality of the British manufacturing industry that leading companies like Nissan are expanding their production in the U.K.," he said, according to the Nissan statement.