Iran Says Not Selling Any More Oil to Greece 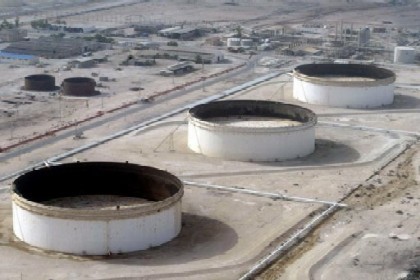 Iranian Oil Minister Rostam Qasemi said on Tuesday that his country was no longer supplying any oil to Greece, which is observing an EU embargo on Iranian oil to be fully implemented in July.

"Right now, Iran is not selling any more oil to Greece," Qasemi was quoted as saying on the oil ministry's official website, Shana.

He added that "Iran is not having any problem selling its oil and oil products" in other markets.

Greece and other E.U. nations have been cutting back on Iranian oil imports as part of the E.U. embargo announced in January.

The United States announced last month it was exempting 10 E.U. countries -- including Greece -- and Japan from its own sanctions punishing countries that did not significantly reduce Iranian oil imports.

Last week, an official in Greece's energy ministry confirmed that Greece was seeking "alternative sources" for oil because of the E.U. embargo. Additional quantities were being sought from Russia, Iraq, Saudi Arabia and Libya, the official said.

Iran in February announced it had halted all oil sales to Britain and France because of the E.U. sanction -- a largely symbolic gesture as those two nations already imported hardly any Iranian petroleum.

Iran is the second-biggest producer in OPEC, pumping some 3.5 million barrels a day, 2.5 million of which are sold as exports.