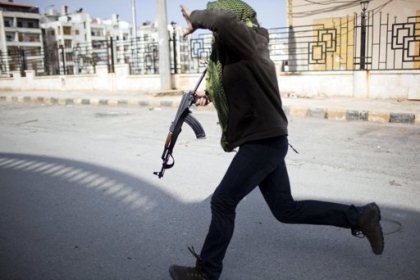 China's foreign ministry on Thursday welcomed what it called the Syrian government's decision to uphold a "comprehensive ceasefire,” and urged it to fulfill its commitments.

"This will help ease the tense situation in Syria, and is an important step towards a political solution," said ministry spokesman Liu Weimin, after a U.N.-backed ceasefire to end 13 months of bloodshed in Syria came into force.

Monitors said there were still no signs of troops withdrawing from cities, after the regime in Damascus broke a commitment to pull back forces from population centers by Tuesday under the agreement brokered by former U.N. chief Kofi Annan.

"We hope the Syrian government will earnestly fulfill their commitments and continue to take concrete actions to support and cooperate with Annan's mediation efforts," Liu said.

Annan, serving as a peace envoy for the U.N. and the Arab League, said earlier he had received a letter from Syria promising to "cease all military fighting throughout Syrian territory as of 6:00 am.”

But the letter reserved the right "to respond proportionately to any attacks carried out by armed terrorist groups,” a phrase President Bashar Assad's government uses to describe opposition forces.