Russia Urges Time for Annan's Plan to Work in Syria 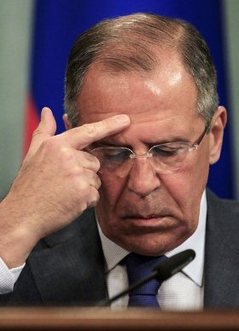 Russia called for more time on Thursday for international envoy Kofi Annan's Syrian peace plan to work, as a ceasefire to end months of violence came into force with no major reports of violations.

Foreign Minister Sergei Lavrov said some Arab and Western states had written off Annan's peace plan as a failure even before it had gone into effect and called on them to use their influence with the rebels to avoid future unrest.

Syrian President Bashar al-Assad "is assuring us that he is ready" to comply with the six-point peace initiative, Lavrov said in televised remarks from the sidelines of the G8 foreign ministers' meeting in Washington.

"No one has verified his statement. We propose putting it to a test and convincing the opposition to do the same," he said, speaking before the ceasefire came into effect at 0300 GMT.

A member of the Britain-based Syrian Observatory for Human Rights reported that "the situation is calm in all regions" of Syria an hour after the ceasefire went into effect.

Russia has come under heavy international criticism for refusing to back calls for Assad to step down and vetoing together with China two earlier rounds of sanctions against the Damascus regime.