Medvedev Says he Made Russia a Freer Country 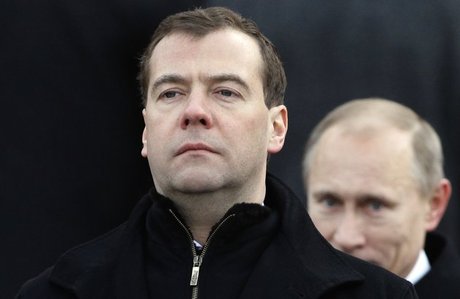 President Dmitry Medvedev said on Thursday that Russia had become a freer nation during his four-year term, citing the mass protests of recent months as evidence of change.

"Spring has come to us, both literally and figuratively. I congratulate you," Medvedev said in a live television interview, his last before he hands over the presidency to Vladimir Putin.

"Freedom," Medvedev sighed and smiled, "is such a unique feeling that everyone interprets differently.

"Freedom is a sense of self. And in this sense we've done a lot," he told a group of liberal journalists, who are usually sidelined for their skeptical stance towards the government.

That announcement coupled with fraud-tainted parliamentary polls in December led to the largest protests since the Soviet era, when tens of thousands rallied in Moscow protesting Putin's comeback.

Both Medvedev and Putin have in the past sought to stress that the protests were the hallmark of a democratic society, and introduced cosmetic political reforms that many analysts called a concession to protesters.

"Let's ask people who took to various squares whether they are free or not," Medvedev said.

"It is not important who they support: 'the white', 'the red' or 'the blue.' I am absolutely confident that the overwhelming majority of them will say: 'Yes, I am free because I stand here, I have my own position, I do not like a lot, or on the contrary, I like practically everything, don't you dare touch it. I am free.'"

"The current accelerated movement towards democracy will not lead to chaos," Medvedev added. "Society has matured."

The nascent protest movement has lost much of its sting since Putin's crushing March 4 presidential victory, although it still hopes to muster another major protest in Moscow the day before Putin's May 7 inauguration.