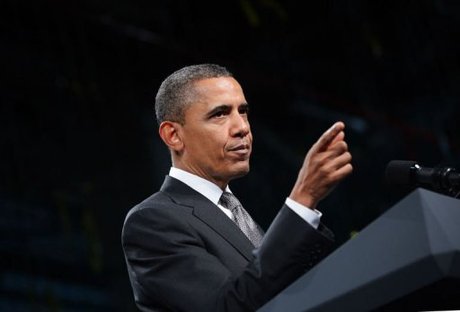 "There are things we can do - right now - to help create jobs and restore some of the financial security that so many families have lost," Obama said in his weekly radio and Internet address.

The president insisted that Congress stop giving tax breaks to companies that ship jobs overseas and help millions of Americans refinance their mortgages at lower rates, which will allow every homeowner to save at least $3,000 a year.

Obama also called for tax breaks and credits for small business owners and clean energy companies as well as for helping veterans returning from Iraq and Afghanistan by creating a Veterans Job Corps.

"So that's Congress's 'to-do' list," said the president. "Let's push Congress to do the right thing. Let's keep moving this country forward together."

The comments came after the U.S. unemployment rate fell to 8.1 percent in April, a welcome development for Obama who has officially started his reelection campaign.

But economists said the decrease was largely due to 342,000 people dropping out of the labor force.