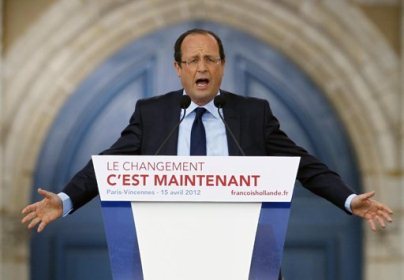 "Vladimir Putin and Francois Hollande continued an exchange of opinions on issues of cooperation in a constructive spirit and discussed plans of personal contacts in the near future," the Kremlin said. No concrete dates were released.

The two leaders also spoke by telephone earlier this week when Putin called to congratulate Hollande on his election victory.

Putin was inaugurated for his third term as Russia's president on Monday.

His international contacts are being closely scrutinized for signs of his foreign policy priorities. Both Putin and Hollande are planning to attend a Group of 20 summit in Mexico next month.

The Kremlin chief's first foreign trip is expected to be to China next month after Putin raised eyebrows in the West by deciding to skip the Group of Eight summit in the United States that many saw as a snub to U.S. President Barack Obama.