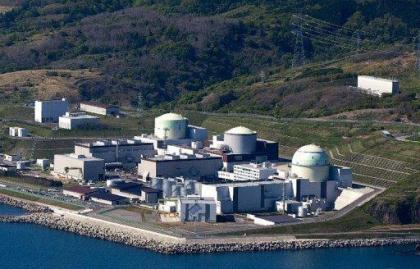 Japan's hard-hit manufacturers are facing a long summer with businesses making everything from ice creams to crayons fretting production may be hampered as the now nuclear-free nation faces energy cuts.

A hot summer would usually be good news for Ezaki Glico, a major snacks and ice cream maker, with soaring temperatures increasing appetites for cooling snacks. But looming power shortages could make it difficult.

"If the temperature goes up very high this summer, and if the government asks us to cut electricity consumption a lot, our ice cream business will be seriously affected," a company spokesman told Agence France Presse.

"We may have to make more ice cream before" power shortages reach their peak, he added.

Two weeks after the last working nuclear reactor was shuttered in the wake of the Fukushima nuclear crisis, energy-hungry Japan is struggling to plug the power gap.

The government has not yet issued a target on industrial power cuts, but significant reductions seem certain -- reportedly as high as 20 percent in some regions.

The worst nuclear accident in a generation, sparked by a devastating quake-tsunami disaster in March 2011, turned public sentiment against nuclear power, which had previously supplied one-third of the resource-poor nation's electricity.

That has stoked a turn to expensive alternatives with utility Kansai Electric last month booking a $3 billion annual loss on the increased cost of using previously mothballed fossil fuel plants.

But regulators have yet to convince nervous residents living near the facility.

In order to be fired up again, reactors must now pass stress tests and get the consent of their host communities -- it is this last hurdle that is proving hardest to overcome.

Energy shortage fears are rippling across Japan with Hiromasa Yonekura, chairman of the Japan Business Federation, repeatedly warning that the nation's economy "would collapse" if none of its 50 reactors was restarted.

In the western region of Kansai last summer, some offices and factories cut their electricity consumption by about 15 percent, a move that proved barely doable for many firms, including major crayon maker Sakura Color Products, based in Osaka.

"We had a bare minimum of lights on while turning off about half of the computers and elevators at our offices," a company spokesman said.

This year the crayon producer is mulling a variety of coping measures, including moving production partly to China.

"We are considering producing more in advance (of cuts) or even shifting part of the production to our plant in Shanghai and importing back from there," the spokesman said.

"Otherwise, we won't be able to cut as much as 20 percent of our power use."

Utilities for the northern island of Hokkaido and southern Kyushu also fear they will struggle to provide enough power to keep the lights on as air conditioning gets cranked up during Japan's often sweltering summer.

Satoshi Osanai, economist at Daiwa Institute of Research, said Japanese manufacturers who had barely coped with the power crunch last summer may be in for an even tougher time as the mercury climbs over the next couple of months.

"Manufacturers managed to keep the production levels up last year by operating plants on weekends instead of weekdays or avoiding peak hours," he said.

"But suppose they have to cut as much as 20 percent of their power use... it could drive more manufacturers out of the country."

However, ice cream maker Ezaki Glico, also based in Osaka, does have a plan in place if the summer is not too hot -- producing more chocolate and less ice cream.

"If it gets really hot, we usually sell lots of ice cream," the spokesman said. "During a cool summer, we sell more chocolate."