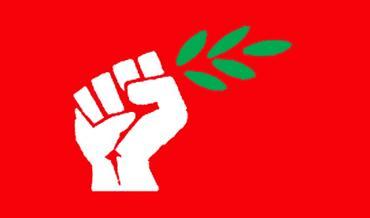 The March 14 General Secretariat condemned on Wednesday the recent clashes in Tripoli, accusing Syria of being behind the unrest as it is seeking to spread its crisis to Lebanon.

It said in a statement after its weekly meeting: “The unrest was sparked at the order of Syrian President Bashar Assad in order create violence in Lebanon and the region in response to his collapse on the internal scene.”

It also accused Assad of seeking to portray Tripoli as a terrorist hub in order to tarnish the image of its residents who have supported the Syrian revolt and harbored Syrian refugees.

Furthermore, the general secretariat condemned the manner in which the General Security Department lured Shadi al-Mawlawi to an office of Finance Minister Mohammed Safadi’s welfare association where he was soon arrested.

It said: “It is clear that this manner of conduct was aimed at provoking those concerned to force them to retaliate in a way that would not be easily contained.”

Clashes ensued between the rival Bab al-Tabbaneh and Jabal Mohsen neighborhoods in Tripoli in light of al-Mawlawi’s arrest, leaving nine dead and at least 50 wounded.

The March 14 forces demanded that a transparent investigation be launched in the arrest, urging all sides involved in the clashes to exercise restraint.

It hoped that the army would enter all areas that witnessed clashes and to deal with the perpetrators “without discrimination.”

Moreover, it noted that the clashes served as a reminder of the problem of the spread of illegitimate arms in Lebanon, demanding that Lebanon be stripped of all illegal weapons “in order for normal and democratic life to be restored.”

Addressing the various security incidents that have taken place along the Lebanese-Syrian border and the infiltration of Syrian troops into Lebanese border towns, the general secretariat said that the violations have demonstrated the “powerlessness” of the state and security agencies in protecting the border.

The March 14 General Secretariat therefore demanded the aid of the Arab and international communities to this end, in accordance with United Nations Security Council resolutions 1550, 1680, and 1701.

How exactly does it work? These people just never make any sense, khedon 3ala 7aki w she3er.
Thank God I'm an expat and don't have to live with such lack of logic on a daily basis.

Anybody who came to help Lebanon, they came to help themselves to it. As long you are all weak to stand on your own, there will never be a free Lebanon.

funny how you call those who change as cowards whereas your hero aoun changed 180degrees and you call him hero!!! the only coward is aoun to choose the protection of a militia he called terrorist when thousands of km away!! but then became their puppet!!!
oh! and by the way: aoun always said that lebanese politician HAD TO OBEY the syrians or else DIE; you always forget that... i guess as a hero you are, you would have died in their place no?

you are soooo funny FT

We have not learned from the 30yr war, the country is indeed surrounded by Syria and Israel. No one can change physics so if Israel is an enemy and Syria is as well, then unfortunately we have nothing but the sea as both neighbors are enemies. In order to change this fact, either Syria or Lebanon ruling political power has to change to have a peaceful/healthy relationship since the other neighbor is a lost case. The majority of people in Lebanon have paid in blood the cost of the last 30yrs of friendship with Syria, it's time for a change since the glass is broken and unrepairable.

Syria also robbed our coffers not Hariri Mafia of which Jumblat was the primary blood sucker. Also, Syria told the Lebanese government about Mawlawi of Al Qaeda not the US. Syria also took up arms against the Lebanese army and security forces in Tripoli not the Salafi crazies. Thank you March 14 for clarifying things.