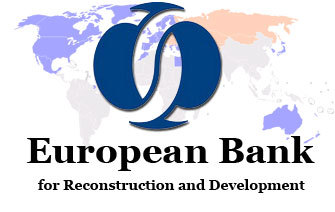 Four Arab countries are expected this year to start witnessing major foreign investments after the European Bank for Reconstruction and Development established a one billion euro ($1.28 billion) fund, excluding Lebanon from the process for allegedly failing to ask the lending body to carry out a technical assessment on the country.

The fund’s establishment on Friday by the board of governors of the EBRD during a two-day Business Forum in London under the slogan of “Managing in Turbulent Times,” comes a year after they approved to expand the bank’s mandate following a string of popular revolts in the Arab world.

The bank, which is based in the British capital, was set up in 1991 to help former communist countries make their transition to market economies.

It has already amended its bylaws, allowing expansion to Tunisia, Egypt Morocco and Jordan.

While the EBRD claims that Lebanon hasn’t approached it to carry out an assessment of the country, the decision to set its sights only on the four Arab states is the result of an overall EU and American foreign policy to support democratic transition there after the mass protests toppled longtime dictators in 2011.

The EBRD was tasked with launching the operations in Tunisia, Egypt, Morocco and Jordan by the G8 last year, a sign of European and American agreement to carry out investments in the public sector and reap their benefits given that the EU contributes 62.7 percent of the bank’s shares while the U.S. is the second behind it with 10.1 percent.

The bank is financed by 63 countries and two intergovernmental institutions – the EU and the European Investment Bank. It also invests in 29 countries from Central Europe to Central Asia.

EU governments already agreed last December to start agreements with the four Arab countries with the aim of lowering trade barriers and bolstering economic growth there. But unlike Lebanon, the three North African states and Jordan are members of the World Trade Organization and have already signed agreements with the EU on trade in goods.

The EU Neighborhood Policy Progress Report 2011 on Lebanon, which was released on Tuesday, says the country should advance accession to the WTO “by adaptation of laws and progress in bilateral services negotiations.”

It stresses that “Lebanon’s lack of progress in the accession to the WTO remains the main obstacle to further trade liberalization with the EU.”

“A process of constitutional reform is underway in Egypt, Jordan, Morocco and Tunisia aimed at promoting governments’ accountability to democratically elected parliaments, strengthening the independence of the judiciary and removing the other obstacles to a wider participation in political life,” the EU says in its assessment of the first year of the implementation of the new Neighborhood Policy.

In Tunisia, where the Arab Spring began when a young man lit himself on fire, the EU doubled its financial assistance from 80 million euros in 2010 to 160 million last year as a reflection of “the decisive steps made in the democratic transition process.”

It is also not a coincidence that U.S. Secretary of State Hillary Clinton and the Tunisian ambassador to Washington, Mohammed Salah Tekaya, signed on Thursday a $100 million cash transfer agreement. Washington has indicated that it would also provide a sovereign loan guarantee worth hundreds of millions of dollars to support Tunisia’s economic recovery.

The two-sided assistance to Tunis and other Arab Spring countries comes as the EU said earlier in the week that despite the euro zone crisis its credibility as a global player will depend to a great extent on its capacity to act decisively in its neighborhood.

EBRD outgoing President Thomas Mirrow went much further, expressing confidence that the bank “could contribute to bringing about economic transition in this new region.”

He also acknowledged that the EBRD had a lot to learn and would need to adapt.

However, critics fear that the learning the bank has to do might come at the expense of the people and mainly the private sector of the four countries where the entity will start to operate.

A report issued by the NGO that monitors the activities of international financial institutions said that lending to such projects accounted for 48 percent of the EBRD’s energy-related investments between 2006 and 2011.

Although there is no concrete evidence yet that the bank will seek to invest in the energy sectors of Tunisia, Egypt, Morocco and Jordan, its experience in that field could well shove it into projects similar to the ones it carried out in Eastern Europe after the collapse of the Berlin wall.

The EBRD made the first hints over the weekend, saying as part of a pledge to make an annual cut in carbon emissions as large as 32 million tons that its expansion to the southern and eastern Mediterranean would present it with opportunities “to share its operational, financial and policy expertise with the new countries.”

The announcement came after Tunisia’s Central Bank Governor Mustapha Kamel Nabli said during the two-day business forum that the bank could focus on “private sector development and privatization.”

He did not however specify what type of investment projects the bank could carry out in the future.

Why should they invest inn a Government that is so anti West? And this way they make Lebanon more dependent on the Mulllahs.

they came in Leb, sorry ;) but I cannot say more but lebanese banks are crap and very badly managed. Their only chance is the cash inflow due to the diaspora

Zions, Farsis and ALL want to be Loan sharks... No thanks.

you want us to go back to the stone age??