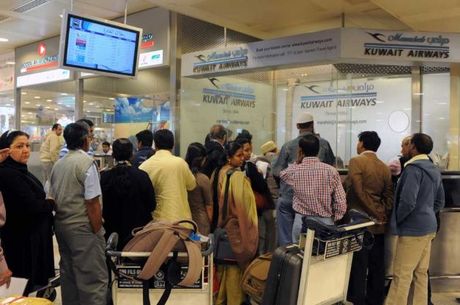 The oil-rich Gulf state of Kuwait will spend $6 billion to expand its international airport to handle 13 million passengers by 2016, the head of the civil aviation directorate said on Tuesday.

"The cost of the projects amounts to $6 billion," Fawaz al-Farah told reporters at an airport show in Dubai, adding that work is expected to begin this year.

The passenger terminal, which was built in 1980, currently has the capacity to handle around seven million passengers a year but this will increase to 13 million by 2016, the year the expansion plan should be completed, Farah said.

The capacity could be increased to 25 million by 2025, he added.

The plan to expand the passenger terminal to occupy 710,000 square meters (7.6 million square feet) is expected to cost $3 billion. The other $3 billion will be spent on other projects, including widening the runways, a new control tower and a new cargo town, he said.

The emirate's Kuwait Airways and the privately-owned low-cost Jazeera Airways operate from the airport.

The privatization-bound national carrier has been a loss maker in all but one of the past 21 years, accumulating losses of more than $2.7 billion.