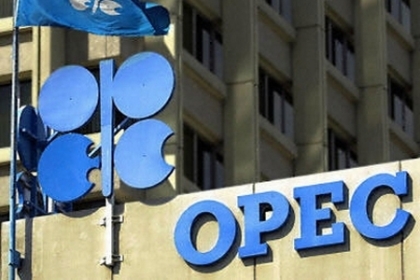 Kuwait's Oil Minister Hani Hussein said on Monday that oil producing countries are concerned over the drop in oil prices and the "strange" behavior of the oil market.

"Some of the (OPEC) members are concerned about the prices and what's happening," in the oil market after crude prices dropped more than 20 percent during the past two months, Hussein told reporters.

"There are some concerns about what direction prices are taking and production," Hussein said before leaving to attend the OPEC ministerial meeting in Vienna on Thursday.

OPEC ministers are meeting to review the cartel's oil output, which has increased close to historical levels, against the backdrop of a weak global economy, fragile demand, oversupply and simmering Iran tensions.

Brent oil briefly spiked to $128 in March, hitting levels not reached since July 2008 on supply jitters, but it has since slumped by about a quarter to strike 17-month lows mainly due to overproduction.

Asked if there is an intention to cut production at the meeting, Hussein said: "Nothing has been set as such, not yet." He said the issue will be reviewed by the OPEC monitoring committee ahead of the ministers' meeting.

"It has been a very strange market the last few days... There has been a buildup of the stocks and an easing of the geopolitical situation that let the prices go down a bit," Hussein said.

Oil prices jumped on Monday, with Brent crude rebounding briefly above $102 per barrel, as the market was cheered by a Spanish banking bailout deal and easing Chinese inflation.

In late morning London deals, Brent North Sea crude for July advanced 94 cents to $100.41 per barrel, having spiked to $102.21 in earlier Asian deals.