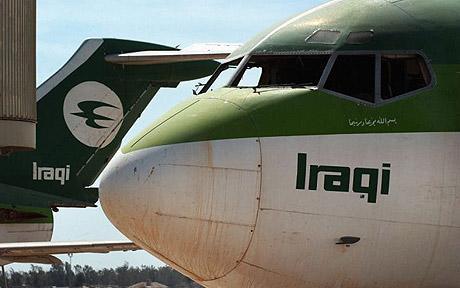 Iraqi Airways is looking to update its fleet of planes by renting modern aircraft from foreign firms, a transport ministry statement said Monday.

"Iraqi Airways ... plans to update and develop its fleet by communicating with many international aviation companies about renting modern planes that suit the flights the company flies," the ministry said on its website.

It did not give details on which planes specifically it was considering, or which companies it would look to work with.

Iraqi Airways, which is one of the oldest in the Middle East, was founded in 1938, and became a state-owned firm in 1946.

The company stopped working in 1991 after Saddam Hussein's disastrous invasion of neighboring Kuwait that turned Iraq into an international pariah.

In 2000, it resumed its work by restarting domestic flights, officials in the company said.

The company resumed international flights to Jordan and Iran in October 2004, more than one year after the U.S.-led invasion of Iraq in 2003.