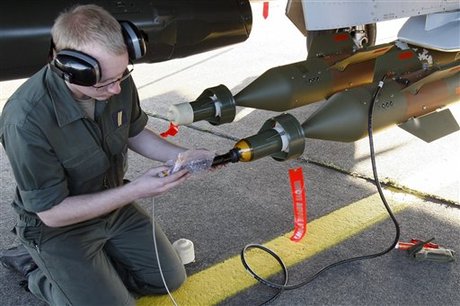 Sebha, about 750 kilometers south of Tripoli, is bastion of Gadhafi's Guededfa tribe and home to an important military base.

"The raid began around two in the morning," said the resident, who did not want to be named. "We heard planes overhead and anti-aircraft fire followed by a number of explosions."

He said the raids resumed at 0400 GMT and went on until 0500 GMT but was unable to give any information on the sites targeted by the coalition forces.

According to the local population, many figures still loyal to Gadhafi's government have been holed up in Sebha since the air strikes, led by the United States, France and Britain, began on Saturday.