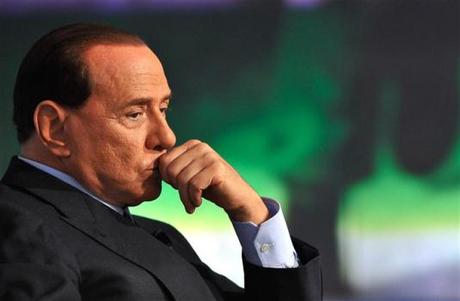 Silvio Berlusconi wants to be prime minister again and is preparing to present his candidacy for 2013 elections, an Italian daily said Wednesday in a report partially confirmed by the head of his party.

"The decision has been taken: Berlusconi will once against present his candidacy for the post of prime minister," the daily reported, without citing its sources, after incumbent Mario Monti reiterated he would step down in 2013.

The report said Berlusconi had based his decision on opinion polls which showed his People of Freedom (PDL) party could win up to 30 percent with him as its head instead of current leader Angelino Alfano, a former justice minister.

Asked about the report, Alfano said: "There is a major wave of support for Berlusconi to put forward his candidacy again.

"Many people are asking him to do this and I am one of them.... I think in the end he will decide to come back," he added.

The report said: "The PDL without Berlusconi would only get 10 percent, while if Alfano presented himself for the post of prime minister and Berlusconi supported him as head of the party, the results would be around 18 percent.

"If on the other hand Berlusconi himself ran for prime minister with Alfano and a team of young politicians, he could win up to 30 percent," it added.

Elections are due in April 2013, when Berlusconi will be 76 years old.

When he stepped down in November 2011, Berlusconi had signaled that Alfano would take over the leadership of the party on a permanent basis but the PDL suffered heavy losses in local elections earlier this year.