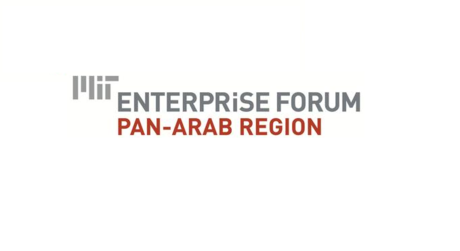 A team from Lebanon won first place at the 5th annual Massachusetts Institute of Technology (MIT) Arab Business Plan Competition. Their product, Butterfly, a tool that helps swimmers keep track of their training, was selected from over 4500 applicants aiming for the first prize of $50,000 USD, a press release said Tuesday.

The final 14 teams were selected from 50 semi-finalists. Dominating the competition were teams from Egypt, who made up half of the selected finalists. The second and third prize of $10,000 and $5,000, respectively, both went to Egyptian teams.

“The number of applications we have received during the last few years has doubled annually, underscoring the entrepreneurial spirit throughout the Middle East and the platform that we have established to showcase the bright ideas emanating from more than 20 countries in this region,” Hala Fadel, Chair of the MIT Enterprise Forum, issued in a statement.

In partnership with the Abdul Latif Jameel Community Initiatives and Global Innovation Through Science and Technology, the annual Arab Business Plan Competition is a key initiative developed by the MIT Enterprise Forum, which aims to nurture a culture of entrepreneurship across the Arab region.

The initiative targets 21 countries in the MENA region and receives more than 4,000 applications per year. More than 200 new companies have been created through the competition, developing employment opportunities for hundreds of young entrepreneurs in the Middle East since 2006.

Did you already know about it?!

Video with member of this forum was uploaded on YouTube!
Its is so shoking...
You must know about it.
You must see it!
It is really he - just look it carefully.

So, hero...
What you will say to your parents after that?

This article on www.thediplomatictimes-review.com gives the light in which we can observe the reality.

” So as you see, it isnt just people than require height increase that benifit from the usage of shoe lifts insoles, these fantastic inventions also serve to help people struggling with healthcare conditions such as leg length discrepancy, as they say within the world of cheerleading “Go shoe lifts insoles!!!!”

Valuable information. Lucky me I found your web site unintentionally, and I am stunned why this accident did not happened earlier!
I bookmarked it.

Yesterday, aldon smith released" no absolutely fair, but absolutely great" micro blogging and it is currently trading at $88 per share, slightly lower than
where it is not only too big a mountain to climb. In addition to taking pictures and signing autographs,
Weatherspoon took part in numerous activities to promote the shoe.
Now, I'll turn it over to aldon smith NATION. There's
no way to act like I'm always on Jumbo Tron?