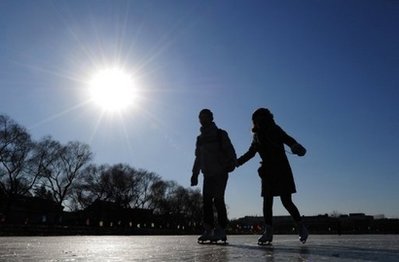 Computers may soon understand people better than their spouses do, courtesy of innovations from startup Affectiva that expand on groundbreaking sensing research at the Massachusetts Institute of Technology (MIT).

"Feelings are complicated," she said. "Now, we can begin to measure them and learn."

"It is getting past wishful thinking and wondering to understanding what is really going on, and that makes it much more actionable," Picard told Agence France Presse.

"We all have trouble reading emotional cues when we are on the Web," she continued. "Everybody who has been there for a while has been misunderstood at some time."

People with Web cameras connected to computers were invited to try the technology by viewing a set of ads online at an "Interactive: Analyze Your Smile" page at forbes.com.

Picard provided a glimpse at a "Q Sensor" that can be strapped to a wrist or ankle to assess when people are excited or bored. The sensor measures electricity being conducted through the skin to determine arousal.

A research version of the Q Sensor was available, with a consumer model due out by the end of the year.

"There are therapists using this, there are parents using this, we had a lawyer buy one the other day to measure his own stress," Picard said as she pointed to a Q Sensor on her wrist.

"Anywhere there is emotion, there is an application."

Affectiva has built prototype eyeglasses with a small camera and other technology in the frames.

Wearers engaged in conversations are signaled with tiny green, yellow, or red lights when they are being captivating, losing a companion's attention, or should simply shut up, according to Picard.

Research that led to the startup came from efforts to read the feelings of people with autism or other conditions that rendered them unable to effectively use words to communicate.

"We can't replace all the words they want, but at least we can read if their frustration levels going up and they are ready to explode," Picard said.

"I just saw that we could make a difference in people's lives with something to help them be better understood," she continued. "That is what we are really after."

"This is going to be amazing for the science," Picard said. "We could really finally understand what the heck is going on with how people communicate emotionally."