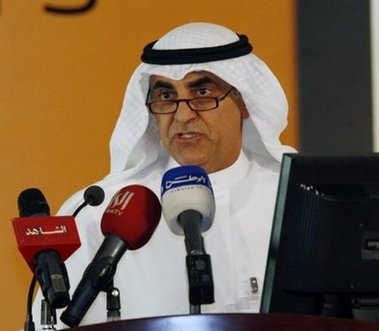 OPEC member Kuwait said on Monday that oil prices are too high because of unrest in the Middle East and Japan's earthquake.

In Asian trading on Monday, crude prices hit fresh two-and-a-half-year highs as a jump in US jobs creation raised hopes among traders of increasing demand.

New York's main contract, light sweet crude for delivery in May, rose 29 cents to $108.23 per barrel in the afternoon, topping Friday's peak of $107.93 and hitting its highest level since late September 2008.

Zanki said that unrest sweeping the Middle East especially with the outage of Libyan oil supplies had "pushed oil prices up by around 20 percent."

The Kuwaiti oil official said his country was still producing its OPEC quota of 2.2 million barrels per day but had "the capacity to raise production whenever it is asked to do so."

Speaking on the sidelines of a Kuwait Oil and Gas Summit, Zanki warned however that "if unrest spreads all over (the Middle East), oil price could go even higher."