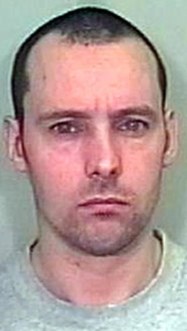 A self-proclaimed cannibal who slit his housemate's throat, partially severed his genitals and then drank his blood was found guilty of murder in Australia on Monday and jailed for life.

A Supreme Court jury convicted Robert Ian Logan, 23, of killing Ben Huntingford, 22, in their Queensland home in June 2006 and stabbing his pet dog, Butch, in a bloody attack likened by witnesses to an abattoir slaughter.

Huntingford's throat was cut from ear to ear and prosecutors told the jury his blood had been used to write obscenities on the walls.

His penis was almost severed and Huntingford also had stab wounds to the heart, liver, spleen, kidney and lung, with Logan alleging he was motivated by an unwanted sexual advance from Huntingford.

The jury heard during the trial from a witness who said Logan claimed to have eaten human flesh with New Zealand cannibals as a child.

The trial also heard that Logan told police he drank Huntingford's blood after the killing.

Judge Julie Dick told Logan there was "only one sentence I can impose" for such a crime, following the jury verdict.

"You are sentenced to prison for life," Dick said, according to the AAP newswire.

Logan was known to use a variety of drugs including heroin, speed, marijuana and crack cocaine and was intoxicated at the time of the killing.

His bloody hand-print was found on a door in the house as well as footprints from a pair of his boots.

Other housemates told police Logan and Huntingford had been feuding over a motorcycle, and "Where's M money" was scrawled in blood at the scene.