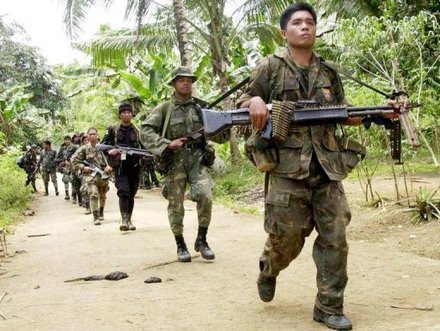 An Indian man escaped from al-Qaida-linked militants Friday after being held captive in the southern Philippines for nearly 14 months.

A heavily bearded Veetil, 37, later told reporters at a hospital that after he slipped out of the militants' encampment in the hinterlands of Patikul township, a villager brought him to a provincial official, who handed him to police. He was then taken to the hospital.

Veetil, who worked as an operations manager for a garment company in Kuwait, said he was kidnapped in June 2011 while visiting his wife's family in Patikul.

The Abu Sayyaf is notorious for kidnappings, beheadings and bombings, and is on the U.S. list of terrorist groups. The group is believed to currently be holding Australian, Malaysian and Japanese nationals in their jungle hideouts in the south.

A veteran Jordanian TV reporter, Baker Atyani, and his two Filipino crew members are still in the custody of the militants they had gone to interview two months ago.