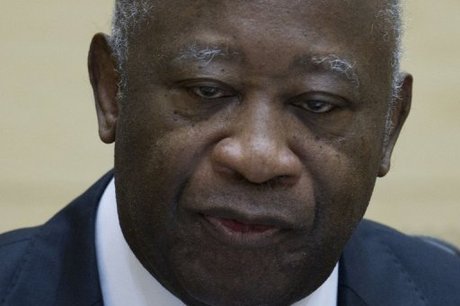 An Agence France Presse photographer at the offices of the Ivorian Popular Front (FPI) saw a car in flames outside while the building's interior was trashed, with documents strewn over the floor.

"There were about 10 of us having a meeting when people we did not know burst in, carrying clubs, machetes and shotguns," said Jean-Luc Ouallo, a member of the FPI's youth wing.

Another FPI member said the assailants told them, "get out, get out or we'll burn everything."

The witnesses said the men were speaking Dioula, a language originating from the north of the country but widely spoken.

It was the latest incident in a series which have affected Abidjan more than a year after the post-electoral crisis of December 2010 to April 2011 claimed 3,000 lives.

The crisis was sparked after Gbagbo refused to step down despite having lost presidential elections to his rival Alassane Ouattara.

On Thursday, armed men attacked an army base, a prison and police stations near Abidjan, prompting Prime Minister Jeannot Kouadio Ahoussou to call on those responsible to disarm and not block the country's "revival."

Gbagbo was eventually arrested after forces loyal to Ouattara stormed his heavily fortified home with French and U.N. military backing.

He was extradited in November last year to face trial by the International Criminal Court on charges of crimes against humanity.