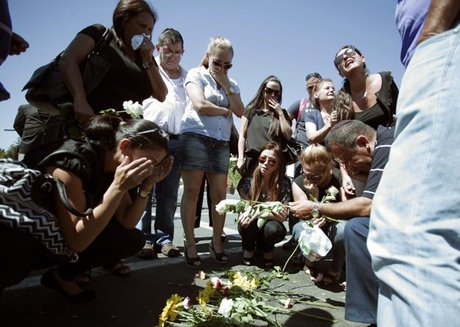 Iran's embassy in Bulgaria accused Israel on Thursday of trying to discredit Tehran and hurt bilateral relations with Sofia, with comments that Iran was behind a recent deadly attack on Israeli tourists.

In a statement, the embassy accused Israel of "abuse... aimed at compromising the Islamic Republic of Iran and creating problems in the historic and friendly ties" between Bulgaria and Iran.

At a ceremony in Sofia Tuesday to commemorate the victims of the July 18 bomb attack in which six people were killed, Israeli Deputy Prime Minister Moshe Ya'alon had condemned "terrorism, whose origin, planning, financing and arming comes from Iran and is often powered by the cruel Hizbullah."

Those comments were "unfounded and absurd and aim to sow fear in the society," the Iranian embassy said Thursday.

The victims were five Israeli tourists and a Bulgarian driver who died when their bus exploded at Bulgaria's Burgas airport.

Israel blames Iran and its "terrorist proxy" Hizbullah in Lebanon for the attack, the deadliest on Israelis abroad since 2004, but Bulgaria has said there is no evidence of this and Iran has denied any involvement.