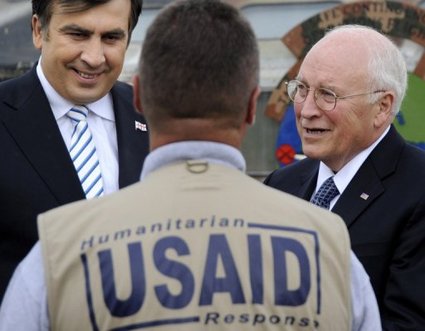 Russia said on Wednesday it has ordered USAID to halt its operations by October 1 because the agency was seeking to influence domestic politics.

"The decision was taken mainly because the work of the agency's officials far from always responded to the stated goals of development and humanitarian cooperation," the foreign ministry said in a statement.

"We are talking about attempts to influence political processes -- including elections at different levels -- through its distribution of grants," it added.

USAID's activities "must be halted from October 1," it added, giving a short deadline that had not been revealed by the Americans when the decision was first made public in Washington Tuesday.

The foreign ministry said Moscow was particularly concerned about the activities of USAID in Russian regions, in particular in the strife-torn Northern Caucasus.

"We have warned our American colleagues more than once about this," it said.

It also emphasized that Russia now saw itself as a donor country that no longer needed development aid from outside.

"Russian civil society has become quite mature and does not need external leadership," the foreign ministry said, adding Russia was perfectly happy to work with USAID in "third countries".

Russian NGOs who have been heavily dependent on foreign funding for their activities have already expressed concern over their future financing.

Independent election monitor Golos, which reported a litany of irregularities in December's parliamentary polls, has described the move as a "hard blow".