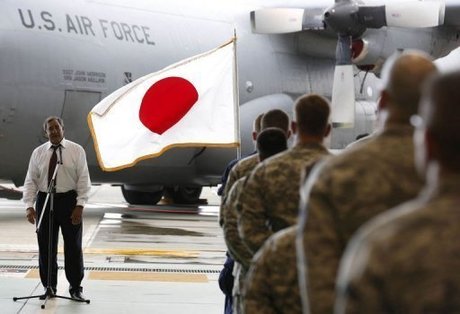 North Korea on Thursday lashed out at a U.S. plan to build a new radar base in Japan, saying it would escalate an arms race and leave Pyongyang no option but to develop "more powerful nuclear weapons".

During a visit to Tokyo on Monday, U.S. Defense Secretary Leon Panetta said an agreement had been reached on deploying another U.S. missile defense radar in Japan.

The radar will enhance the ability of U.S. troops to defend Japan and protect the United States from North Korea's ballistic missile threat, Panetta said.

"This will only strain the regional situation and escalate the arms race," the North's foreign ministry said in a statement published by the official Korean Central News Agency.

"What should not be overlooked is that Panetta openly declared the new radar is targeted against the DPRK (North Korea), not China," it said.

According to U.S. officials, the additional radar frees up the country's naval Aegis ships, which have been operating near Japan to help detect any potential incoming missiles.

"Given the fact that the U.S., the world's biggest possessor of nukes and missiles, is stepping up its arms build-up against the DPRK, it is quite natural for (North Korea) to steadily bolster up its nuclear deterrent," the North's foreign ministry said.

"The U.S. attitude requires the DPRK to become a more powerful nuclear weapons state as befitting the 'rival' of the U.S.," it added.

About 47,000 U.S. troops are stationed in Japan, many of them on the far southern island chain of Okinawa. Japan already has one X-band radar, at Shariki base in Tsugaru City, in the far north of the main island of Honshu.

North Korea carried out a failed rocket launch in April in what it said was an attempt to put a satellite into orbit.

But the U.N. Security Council strongly condemned the exercise as breaching a ban on the testing of ballistic missile technology, and tightened sanctions.