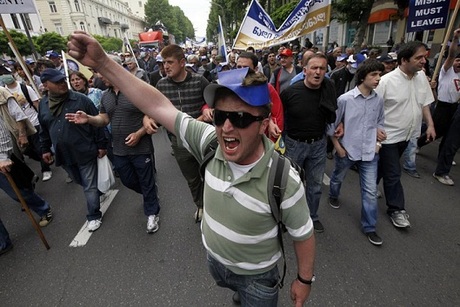 Tens of thousands of Georgians joined one of the biggest opposition rallies in the ex-Soviet state in years Saturday on the final day of campaigning before hard-fought parliamentary polls.

His supporters marched on the square in large columns from several locations across the city, wearing his coalition's T-shirts, carrying the bloc's banners and flags and chanting "Georgia! Georgia!"

"Saakashvili's system must be destroyed. The fate of the country is being decided at these elections," Ivanishvili told the rally. "The day of a new government is coming," he said.