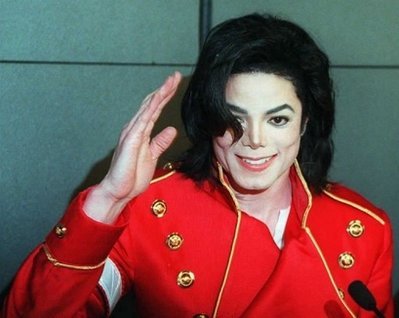 Cirque du Soleil and Michael Jackson's estate unveiled plans Wednesday for a permanent show honoring the pop icon at a Las Vegas casino resort, including items from his Neverland Ranch.

While the permanent show won't open until early 2013, the dance company will also bring its Michael Jackson "The Immortal" world tour to the US gambling mecca's Mandalay Bay resort and casino this December, they said.

The executors of the late King of Pop's estate have agreed to an official Michael Jackson Fan Fest opening at the same time as the tour shows in Las Vegas, the first such officially-endorsed project since he died in June 2009.

"We are thrilled to establish Michael’s home away from home at Mandalay Bay," said John Branca and John McClain.

"Because of its remote location, few people will ever get to visit Michael’s Neverland Ranch. But millions of Michael’s fans will be able to hear Michael’s music and experience him in tangible and exciting new ways," they added.

The "Immortal" world tour opens in Montreal in October and has dates scheduled through until next July in Canada and the United States, including 10 dates in Las Vegas from December 3-14.

The permanent Jackson exhibition, to open in the spring of 2013, will include a Michael Jackson Lounge, described as "a space that will bring to life

Michael’s music in an atmosphere celebrating his career and legacy."

"The world may never again know a force in entertainment of the caliber of Michael Jackson.

"We are deeply honored and humbled to be home to incredible entertainment celebrating his legacy for new generations to come," said Mandalay Bay boss Chuck Bowling.

The Montreal-based contemporary circus troupe has previous experience tackling the artistic legacy of major musical stars like Jackson, whose "Thriller" album was the best-selling in history.

Cirque du Soleil honored Elvis with their "Viva Elvis" production and worked with surviving members of the Beatles and the wives of John Lennon and George Harrison to produce "Love," featuring hits from the British band's catalogue.

Jackson died suddenly on June 25, 2009 at his rented mansion in Los Angeles after an overdose of powerful prescription drugs, as he was preparing to perform a series of comeback concerts in London.