Clinton Says Kosovo Independence 'Not up for Discussion' 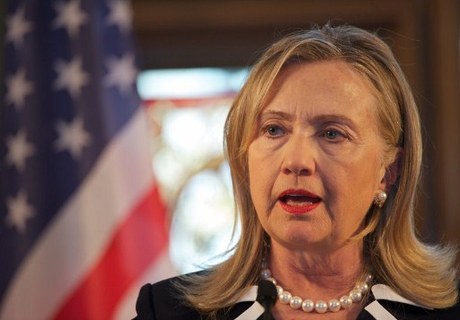 "(The United States) will oppose any discussion of territorial changes or reopening Kosovo’s independent status. These matters are not up for discussion," she said, reiterating Washington's strong support for Kosovo's ethnic Albanian authorities on a visit to Pristina.

The disputed status of Kosovo is the main bone of contention still affecting regional ties after the break-up of the communist former Yugoslavia, which collapsed in a series of bloody wars in the 1990s.

Washington is one of the main supporters of Kosovo's independence, unilaterally proclaimed in 2008.

It is recognized by some 90 states including 22 of the European Union's 27 members but is rejected by Serbia and Kosovo Serbs.

Clinton also said that the U.S. wants to see the rule of law "extended throughout Kosovo", in a reference to majority-Serb northern Kosovo where the ethnic Albanian authorities have no influence and Serbia maintains parallel institutions.