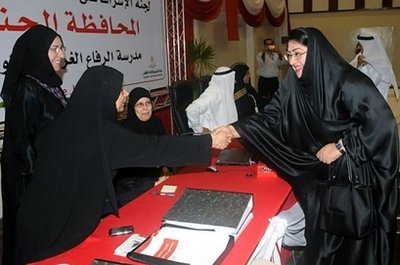 The 18 candidates of INAA, which won 17 parliamentary seats at the last election in 2006, were elected in the first round of the legislative poll held on Saturday, electoral commission chairman Abdullah al-Buainain told AFP.(AFP)