Sami Gemayel: Syria wants Hariri to Abandon his Allies and the STL 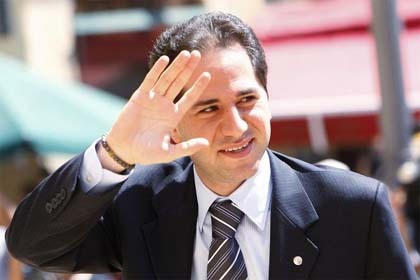 MP Sami Gemayel noted on Tuesday that Syria aims to establish good ties with Prime Minister Saad Hariri on condition that he abandon his March 14 allies and the Special Tribunal for Lebanon.

He told LBC during his ongoing trip to the United States that Washington assured him that it supports the international tribunal and Lebanon’s sovereignty, denying allegations that the U.S. position towards these matters had changed.

Gemayel stressed that Lebanese officials must choose whether they want to be pawns for foreign powers or capable of making their own decisions.