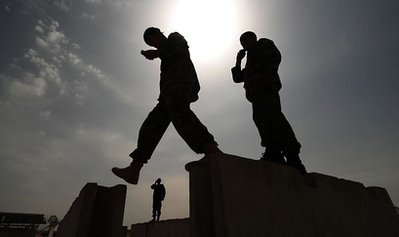 Up to 10 Afghan guards were killed Tuesday in a NATO air strike along a highway in southern Afghanistan, police said, in the latest friendly fire incident involving the alliance's forces.

The armed guards were escorting a supply convoy to NATO bases in southern Afghanistan when they were hit in the province of Ghazni, Mohammad Hussain Yaqoubi, the deputy provincial police chief told Agence France Presse.

"Maybe mistaking them with insurgents NATO helicopters targeted the guards. Between eight to 10 guards have been killed," he added. An investigation was underway, the police chief said.

NATO's International Security Assistance Force (ISAF) in Afghanistan said it was informed of the incident by Afghan authorities but a spokesman said it had no further details.

The Afghan intelligence agency's spokesman in Kabul, Lutfullah Mashal, told AFP: "We're aware of the incident but we have no details at this time to release.

"We're investigating to determine as to what exactly happened and what caused the air strike."

There are about 130,000 international forces deployed in Afghanistan under the leadership of the United States to defeat a Taliban-led insurgency fighting since the U.S.-led invasion of the troubled nation in 2001.