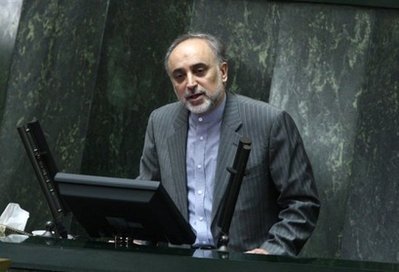 Salehi and Nabil al-Arabi discussed "latest developments in bilateral ties" during a telephone conversation on Monday night, in the first direct contact following a thaw in Tehran-Cairo relations, the channel said on its website.

The report comes as the countries continue to signal intentions to mend ties, following the fall of the regime of President Hosni Mubarak in February.

Earlier Salehi, who was in Qatar on Monday, expressed "optimism about the future of ties" with Egypt.

"We want to bring relations to ambassadorial level," he told a news conference in Doha, insisting that cooperation between Iran and Egypt would lead to "peace and stability" in the region.

Salehi and Arabi are set to meet for the first time next month on the sidelines of the Non-Aligned Movement summit in Indonesia.

Iran has welcomed the reconciliation agreement between Hamas and Fatah announced last week in Cairo by the two rival Palestinian groups, as well as Egypt's role in its conclusion.