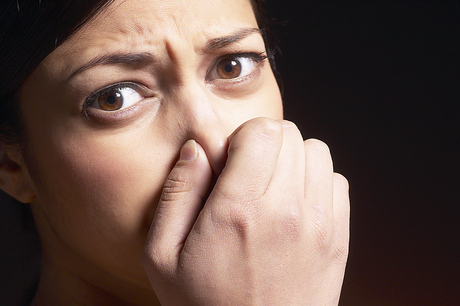 Underpants which are claimed to neutralize the smell of flatulence are proving a hit in Japan, whose hard-working businessmen seem to like the idea of breaking wind without getting rumbled.

A Japanese textile company has developed a range of underwear which it says prevent unwelcome odors.

"It took us a few years to develop the first deodorant pants that are comfortable enough to wear in daily life but efficient in quickly eliminating strong smells," said Nami Yoshida, a spokeswoman for the company, Seiren.

"At first we thought about selling them to those who require nursing care and to hospitals.

"But to our surprise, lots of ordinary people, like businessmen who are in positions that require them to see people on a daily basis, bought them," she said.

The underwear is manufactured with niff-absorbing ceramic particles in the material fibers.

Seiren developed the technology after being contacted by a doctor who wanted something to disguise the regular parps emitted by people suffering from irritable bowel syndrome.

The company's range has now expanded to 22 items, including socks that prevent feet from smelling and t-shirts that mask the whiff of sweaty armpits.