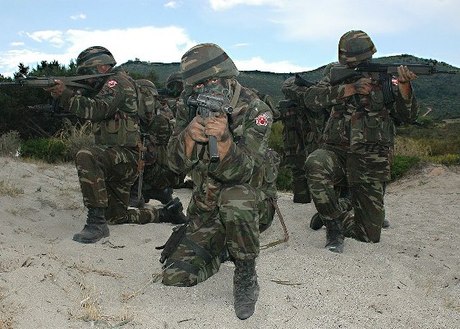 The clashes with rebels from the outlawed Kurdistan Workers' Party (PKK) took place not far from Bagok Mountain in southeastern Turkey, the official said.

The PKK, listed as a terrorist group by Turkey and much of the international community, took up arms in 1984, sparking a conflict that has claimed some 45,000 lives.

In February, the rebels had threatened to end a unilateral truce, declared in August last year, while saying they would defend themselves "more effectively" against military operations.

On Friday, Kurdish rebels claimed responsibility for an armed attack on an election convoy of Turkey's ruling party that killed one policeman.