U.N. Envoy Calls for Both Talks and Military Prep in Mali 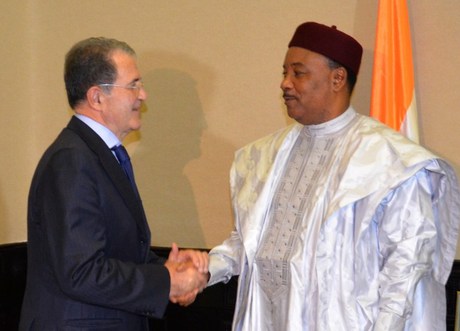 "No pacifist solution will be possible without credible military preparation," U.N. envoy for the Sahel region Romano Prodi said after talks with Niger's President Mahamadou Issoufou.

"Once the military action is credible, it will be necessary to move ahead with parallel negotiations."

West African regional bloc ECOWAS has 3,300 troops on standby for a military mission to reclaim Mali's vast desert north, but the U.N. has expressed reservations and warned a deployment could take almost another year.

On Monday, African Union leaders called for the urgent deployment of the force to retake the France-sized territory, where residents are being subjected to strict Islamic law.

But Prodi stressed that it was vital to approach the matter seriously and lay down heavy-duty groundwork before moving forward.

We need "to prepare well for the action, as it'll be necessary to synchronize and coordinate with troops from different countries", he said.