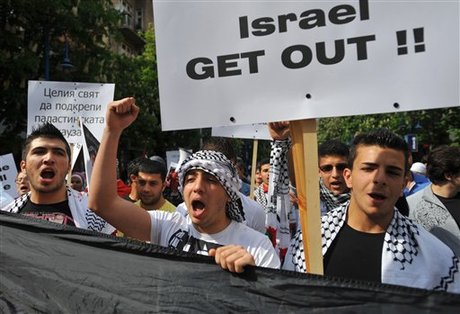 Israel will resume the transfer of Palestinian tax revenue funds that it froze after a unity deal between rival Fatah and Hamas, Strategic Affairs Minister Moshe Yaalon said Monday.

"We have unblocked the funds because we have established that the agreement between Fatah and Hamas has had no effect, the security cooperation (between Israel and the Palestinian Authority) continues on the ground," Yaalon told Israeli public radio.

But Yaalon, who also serves as a member of Israel's security cabinet, said he could not rule out the possibility that the funds would be frozen in the future.

"We will continue to verify that the money is not going into the accounts of terrorist organizations. If we believe that is the case, we will stop the transfers again," he said.

Israel announced on May 1 that it would delay the transfer of $86 million to the Palestinian Authority, in the wake of a surprise unity deal between the rival Fatah and Hamas Palestinian movements.

At the time, Israeli Finance Minister Yuval Steinitz said it would be up to Palestinian president Mahmud Abbas and Prime Minister Salam Fayyad to "prove" that the money would not fall into Hamas's hands.

He warned that any "communal fund would finance the terrorist activities of Hamas, and we want it established that there will be two separate funds."

On Sunday night, Fayyad's office said in a statement that they had been informed that the transfers would be resuming by U.S. Secretary of State Hillary Clinton and Tony Blair, the special envoy for the international Middle East negotiating Quartet.

"Fayyad received phone calls from U.S. Secretary of State Hillary Clinton and the Quartet special envoy Tony Blair, who informed him of the Israeli prime minister's decision to end the freeze on Palestinian Authority funds," it said.

It was also criticized by some members of the Israeli government who judged it hasty and warned it was a violation of Israel's obligation under the 1994 Paris Accords, which require the Jewish state to transfer Palestinian tax and custom revenue it collects at ports and border crossings.

The revenue accounts for around a third of the Palestinian Authority's budget and Fayyad had warned that the freeze left the government unable to pay the salaries of some 150,000 Palestinian government workers.