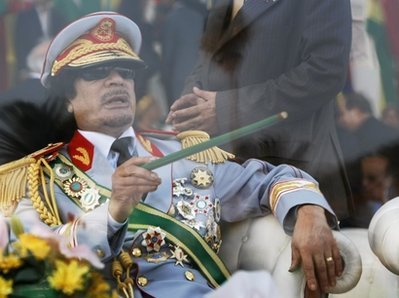 A panel of ICC judges will now have to decide whether to accept or reject the prosecutor's application, based on his case file.

Moreno-Ocampo announced on March 3 he was opening an investigation into human rights abuses in Libya as the anti-regime revolt entered its fourth month in the North African country.

His investigation targeted eight people, including Gadhafi and three of his sons.

Protests against Gadhafi's four-decade rule began on February 15 with Moreno-Ocampo saying thousands of people have been killed in the violence and around 750,000 people forced to flee, according to U.N. figures.