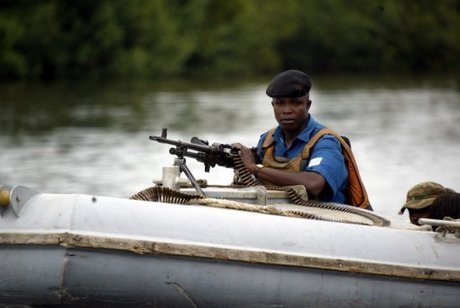 There were "no injuries to crew members and (the) vessel continued passage to a safe port," it said.

The attack occurred some 40 nautical miles off of Nigeria's Bayelsa state, the IMB said. It provided no further details on the nationality of the crew or the ship.

Such kidnappings occur regularly off Nigeria's oil-producing Niger Delta region, with hostages typically released after payment of a ransom.

A 2009 amnesty deal led to a sharp drop in unrest in the region, but criminality remains widespread.

On December 17, four workers from South Korea's Hyundai Heavy Industries and a Nigerian were abducted by armed men while working at a construction site in Bayelsa. The five were freed unharmed on Friday night.

On the same day, well armed pirates stormed and ransacked an oil tanker off the Niger Delta and kidnapped five Indian crew members.