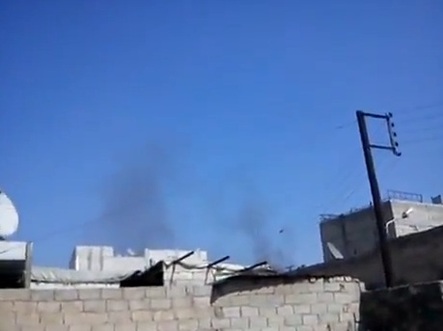 Jihadists overran large parts of an Alawite village in the central Syrian province of Hama on Monday in fighting that killed at least 30 combatants, a monitoring group said.

Alongside other radical Islamist groups, al-Nusra Front seized parts of the village of Maan, said the Syrian Observatory for Human Rights, adding at least 11 rebel fighters and 20 regime troops were killed.

Rebels last week launched an all-out assault on army positions across Hama, home to a patchwork of religious communities, says the Observatory.

While anti-regime sentiment in the province is strong, regime forces had so far suppressed any major signs of insurgency in Hama, which links strategic provinces such as Damascus, Idlib in the northwest, and Homs in central Syria.

The provincial capital saw some of the largest protests against President Bashar Assad at the start of Syria's uprising more than 21 months ago, but the city was overrun by security and military forces in summer 2011.

On Saturday, another Islamist battalion in Hama warned two Christian villages near Maan they would be attacked if they failed to evict pro-regime fighters.

Syria is steeped in a conflict that has killed more than 44,000 people, according to the Observatory, which relies on a vast network of activists and medics on the ground for its information.

As the conflict has escalated, groups have become radicalized and sectarianism has sharpened.

Two years ago the Alawite regime thugs entered dar3a balad with their T-72 tanks where they destroyed the mosque, killed and arrested scores of people, raped the children who wrote on walls, murdered a 12 year old boy hamza khatib and threw his corpse to his mother. Did they ever think at the time that the guns will turn against them one day? Similarly in lebanon we have our suni moderate politicians assasinated one after the other, and most likely we will see crazy jihadis coming over in due course as the people seeking revenge would welcome them with arms wide open, and the hizbustani rockets will fall on suni towns/cities in lebanon. Of course rockets will fly both ways. This is the result of blind arrogance and ya ma7la the law kuntu a3lam of 2006, bye bye lebanon.