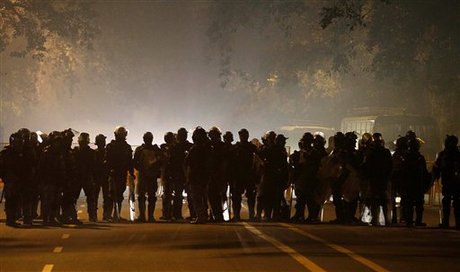 An Indian policeman who was injured in clashes during a protest over a gang-rape in New Delhi died on Tuesday, a police spokesman said.

The 47-year-old police constable, Subash Tomar, was deployed at the India Gate monument on Sunday to control the protests. He was beaten up by a mob and rushed to hospital by the police.

More than 50 policemen were injured in Sunday's violence as police struggled to quell increasing outrage over sex crimes following the gang-rape of a student.

Tomar's cousin Ajay who was in the hospital to claim the body said he had joined the police in 1985 and never spent a single festival with the family.

"My cousin was always out on streets maintaining law and order. The mob attacked him for no reason. They just killed him," said Ajay Tomar.

Much of central Delhi remains sealed off after the wave of violent protests over the gang-rape of a 23-year-old student in the capital and a surge in violence against women.

Protests have taken place across India over the last week to denounce the police and government.

National figures show that 228,650 of the total 256,329 violent crimes recorded last year were against women, with the number of rapes in the capital rising 17 percent to 661 this year.

The biggest protests were in New Delhi on the weekend, prompting police to cordon off areas around government buildings. More than 100 people were injured including dozens of policemen.

The clampdown was tightened Monday, with commuters having to make lengthy detours to get to work.